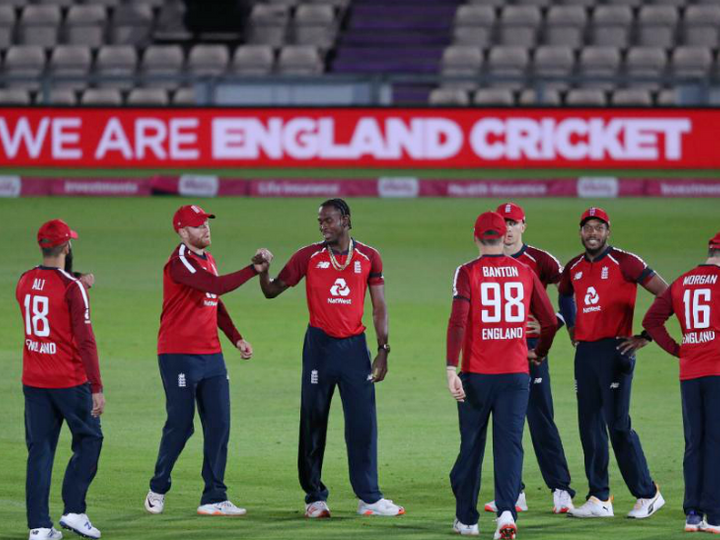 Australia played an international match between Coronavirus 174 days later on Friday. But he lost. England defeated him by 2 runs in the first match of the 3 T20 series at Southampton. England defeated Australia on this ground after 7 years. Earlier in 2013, Australia won by 39 runs. England have won their second consecutive T20 against Australia. England also won the last match between the two in 2018. The second match of the series will be played in Southampton on Sunday.

England, batting first, scored 162 runs in the loss of 7 wickets in 20 overs. Chasing the target of 163 runs to win, the Australian team could manage 160 runs for 6 wickets. Australia had to score 15 runs in the last over. But the visiting team could only score 12 runs. At one time Australia's score was 124 runs at the loss of one wicket. But after this, his 4 wickets fell within 9 runs. The team could not manage this shock and lost the match.

Warner and captain Aaron Finch added 55 runs in the powerplay. Warner also scored the 19th half-century in T20. Only Virat Kohli (24) and Rohit Sharma (21) have more fifties in this format than them.

In the match, Australia won the toss and invited England to bat. England scored 162 at the loss of 7 wickets in 20 overs. David Malan scored the highest 66 for England. He scored more than fifty runs in T20s for the seventh time in 14 innings. Jose Butler also scored 44 off 29 balls. Captain Eoin Morgan scored 5, Moin Ali 2, Johnny Bairstow and Tom Benton scored 8-8.

Ashton Egger, Glenn Maxwell and Kane Richardson took 2–2 wickets for Australia. Pat Cummins had a breakthrough. In the match, Australia won the toss and elected to bowl first. England gave 4 fast bowlers a chance in the playing-11 in this match. Joffra Archer will play white ball cricket after 13 months. He played the last match 2019 World Cup final.

Australia won 9 T20 out of last 11
Australia topped the T20 rankings for the first time this year. He has won 9 of his last 11 T20s. Last year he defeated Sri Lanka and Pakistan in his home, while in February this year, he defeated South Africa in his home. Meanwhile, England have played 15 T20s since March 2019. In this, he won 9, and lost 4. A match tie, then one was inconclusive.

Saqlain Mushtaq said – had slagging against Sachin once, apologized if...