Abu Dhabi one hour ago 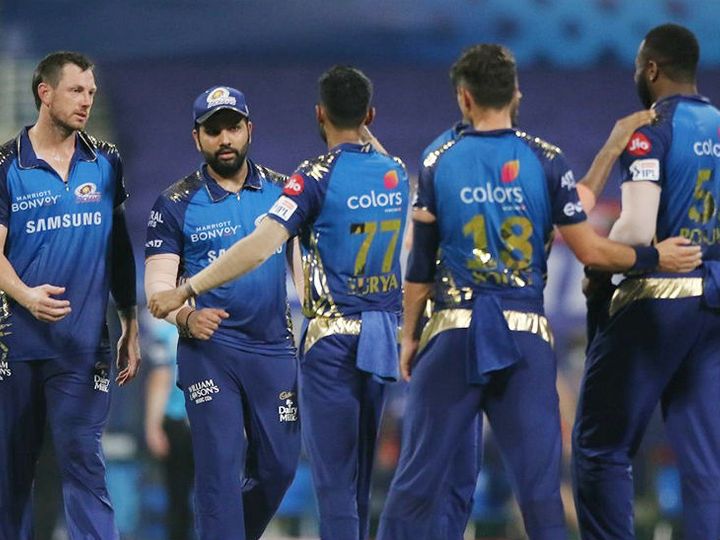 Players of Mumbai Indians congratulate each other after defeating Kolkata. 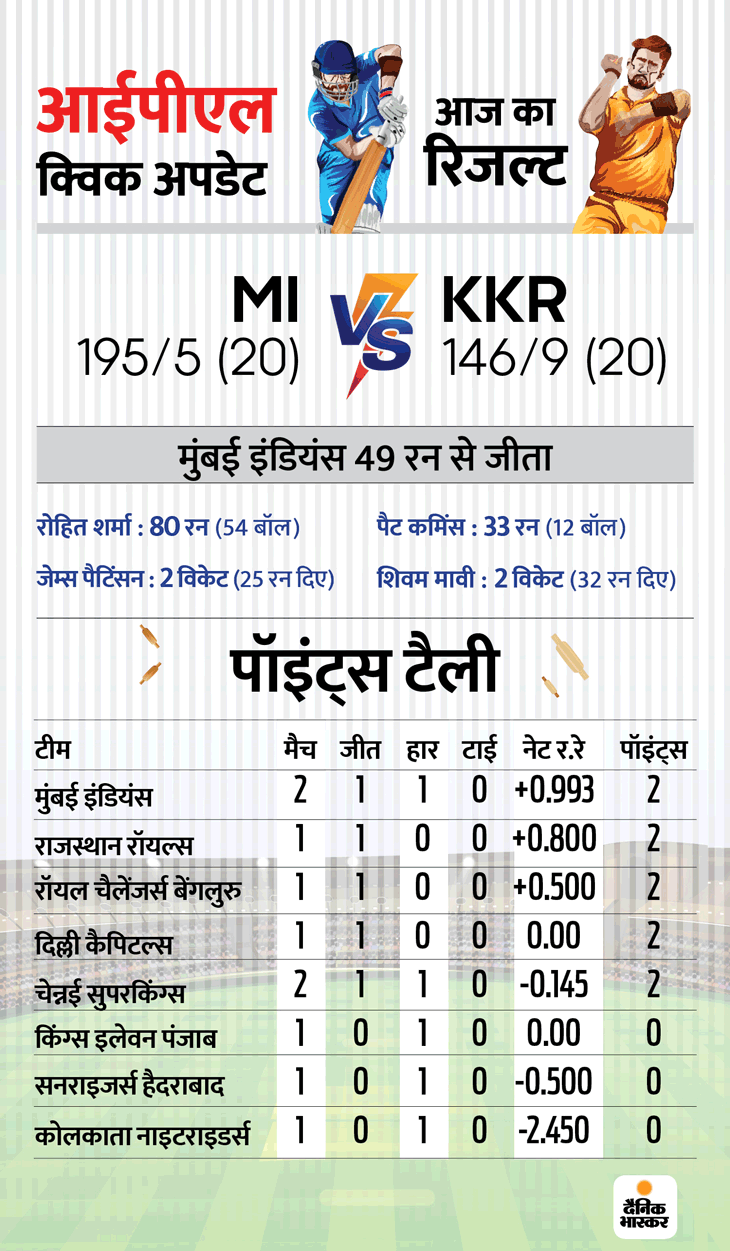 In the 13th season of IPL, Mumbai Indians (MI) registered their first win in their second match. In the 5th match of the tournament played in Abu Dhabi, they defeated Kolkata Knight Riders (KKR) by 49 runs. Batting first after losing the toss, Mumbai gave a target of 196 runs. In response, Kolkata could score 146 runs after losing 9 wickets. Click here to see the scorecard of the match …

Mumbai captain Rohit Sharma, who scored 80 runs, was the man of the match. Rohit made his 37th fifty in the IPL and also became the second Indian to hit 200 sixes. For Mumbai, Jasprit Bumrah, Trent Boult and James Pattinson got 2-2 wickets.

Mumbai's bowlers dominated
Mumbai's fast bowlers did not give much opportunity to KKR to chase down the target. Kolkata could only score 33 runs in Powerplay. During this, his two wickets also fell. Opener batsmen Shubman Gill 7 and Sunil Naren 9 returned to the pavilion.

After this, captain Dinesh Karthik and Nitish Rana handled the innings. Karthik was out for 30 off Rahul Chahar. At the same time, Nitish Rana (24) was caught by Kieron Pollard at the hands of Hardik Pandya. Andre Russell (11) and Eoin Morgan (16) could not do anything special.

Performance of the most expensive and cheapest players
Australian fast bowler Pat Cummins has been bought the most by Kolkata for Rs 15.50 crore. He is also the most expensive foreign player in the league, but has spent a lot of time in the first match of this season. He gave 49 runs in 3 overs and did not even get a wicket. However, in batting, he scored 33 runs off 12 balls. It also includes 4 sixes in one over of Bumrah. In the Kolkata team, Nikhil Naik and Sandeep Warrier were the cheapest with a price of Rs 20 lakhs. Sandeep did not take any wickets for 34 runs in 3 overs, while Nikhil could only score one run. 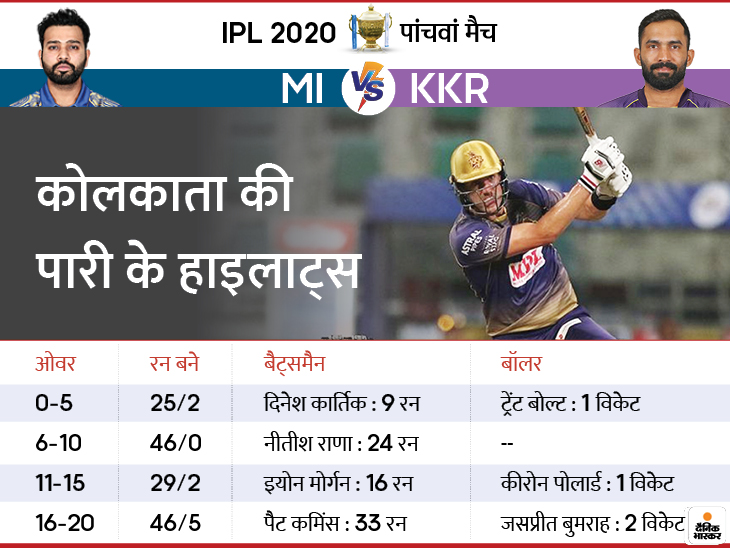 Pollard played his 150th match in IPL
Captain Rohit Sharma scored the highest 80 runs in Mumbai innings. This is his 37th fifty in the league. Apart from these, Suryakumar Yadav scored 47, Saurabh Tiwari 21 and Hardik Pandya scored 18 runs. There was an 89-run partnership between Rohit and Suryakumar for the second wicket. Due to which Mumbai scored 195 runs losing 5 wickets. For Kieron Pollard, it was the 150th match in the IPL. Shivam Mavi took 2 wickets for KKR, Sunil Narine and Andre Russell took one wicket each. 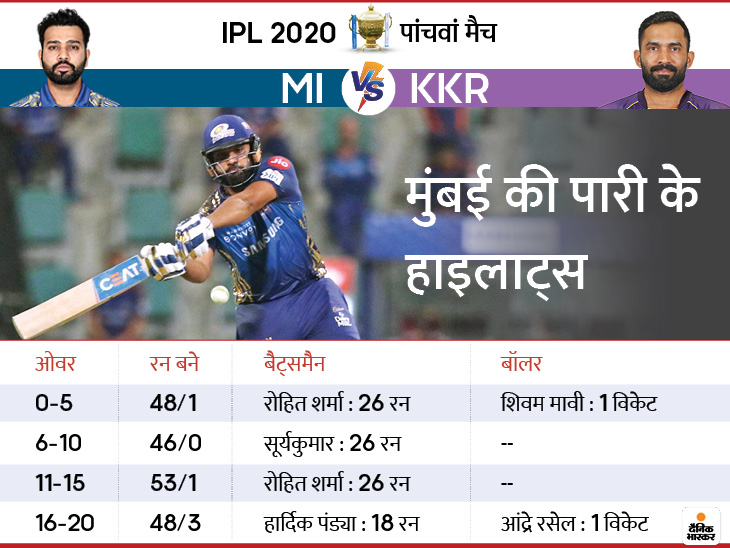 Rohit's 200 sixes in IPL
Rohit Sharma has become the second player to score 200 sixes in IPL and the fourth overall. Chris Gayle is at the top with 326 Sixes. Among the Indians, Mahendra Singh Dhoni has scored the most 212 sixes. He is the third player to do so. AB de Villiers is at number two with 314 sixes.

200 million people watched the match of Chennai Super Kings and Mumbai Indians on TV, BCCI Secretary said – No sports got so much...

Hardik Pandya said- I believed that I should do anything, getting...

Australia won the toss and decided to bowl first, after two...