Actress Riya Chakraborty was shifted from the Narcotics Control Bureau (NCB) lockup to Byculla jail at 10:30 am today.

Actor Riya Chakraborty has filed a new bail petition in the special court in the drugs case related to the actor Sushant Singh Rajput case, which will be heard on Thursday. In the petition, he claimed that he was questioned for three days by male officers of the Narcotics Control Bureau (NCB). During this time there was also no female officer. He has said that if he is kept in custody, his life is in danger.

5 important things about Riya's 20-page bail application
1. No drugs found
I am innocent and I did not commit any crime. No drugs or any psychotropic substance was recovered from me.

2. Only one case is made which is bailable
There is no major case other than buying a small amount of drugs and it is a bailable offense.

3. Confessions were forced to make statements
During detention, I was forced to consider myself guilty.

4. Three days, many male officers questioned, there was no lady officer
On 6, 7 and 8 September, the NCB called for questioning. Hours were interrogated. During this time I did not have access to legal advice. The male officers were questioned for at least eight hours. There was no female officer there.

5. Life threat in prison
I have always cooperated in this matter. If I am placed in judicial custody, my life is in serious danger.

Shocked from lockup to fearful jail

Riya was shifted from the lockup of NCB to Byculla jail on Wednesday morning. Earlier, the actress spent the night in lockup. Riya was arrested by the NCB on Tuesday. After this, he appeared in the court in the late evening. The lower court dismissed the bail plea and sent him to judicial custody for 14 days.

Could not sleep properly all night in lockup

According to the Jail Rule Book, the new inmate is not taken after the number of prisoners in the jail in the evening. So he was placed in the lockup of NCB on Tuesday night. According to sources, Riya could not sleep properly all night in the lockup. She woke up several times in the night and was seen walking in the barracks.

Riya and Shovik again appeal for bail
Meanwhile, Riya and her brother Shovik have again filed a petition for bail in the sessions court. His lawyer Satish Manashinde said that the bail plea of Riya and her brother Shovik would be heard on Thursday. Riya is facing serious charges including taking drugs, giving drugs to Sushant. Riya's role is shown as a member of the Syndicate for the Transportation and Submission of Drugs. However, Riya has admitted in her statement that she used to take drugs.

Riya questioned for 3 days
He was questioned by the NCB team for three days. He was then arrested. This is the tenth arrest in a drugs case. Rhea's brother Shovik, Sushant's house manager Samuel Miranda, employee Deepesh Sawant, drug peddler Abdel Basit Parihar, Zaid Vilatra and Cajin Ibrahim have been arrested.

Satish Manshinde said – three agencies are behind a girl
After the arrest, Riya's lawyer Satish Manashinde said that the three agencies at the center were behind a woman because she was in love with a drug addict who had poor mental health. Due to wrong medicines taken by that person, he got suicide. Earlier, while coming out of the NCB office in Ballard Estate, Riya shook the hands of the media persons who were busy there. 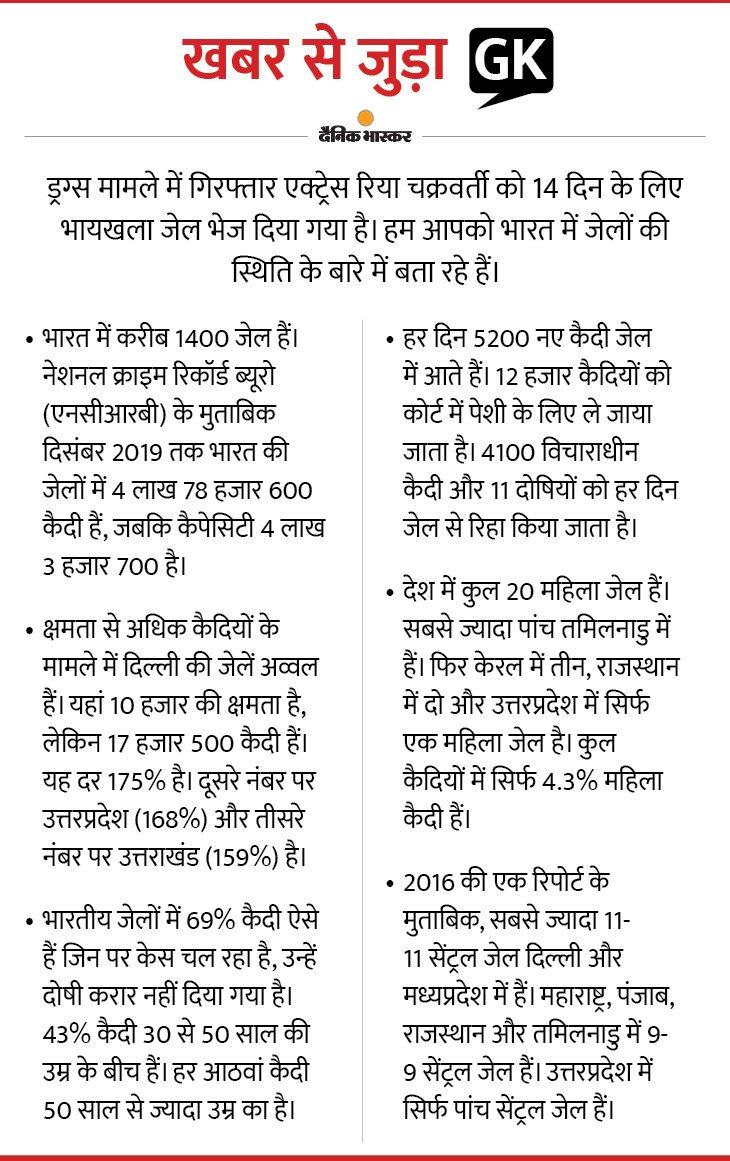 Poonam Pandey's marriage reached the verge of breaking up in 12...