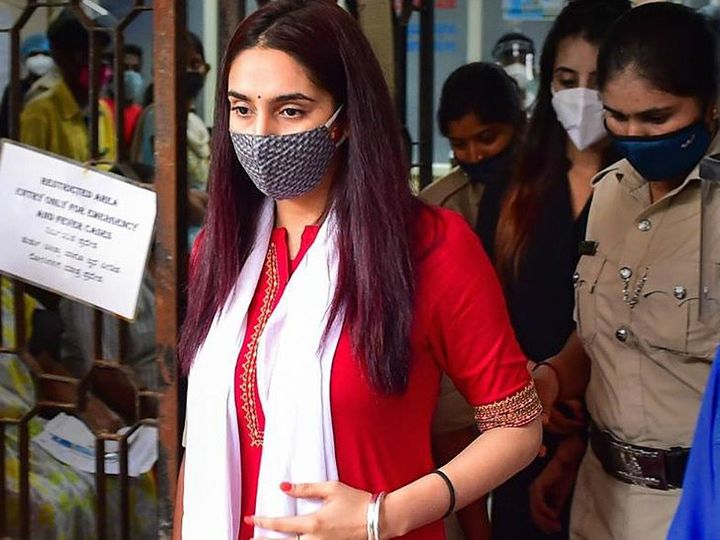 Actress Ragini Dwivedi has been sent to a 14-day judicial custody in the Sandalwood Drugs case. The court ordered this on Monday after their police remand was over. Ragini's name is included in the main drug peddler in the Central Crime Branch (CCB) charge sheet. Apart from Ragini, actress Sanjana Galrani was also arrested in this case. All the accused are in Prapanna Agrahara Central Jail.

These accused are also being interrogated

Apart from them, party organizer Viren Khanna and BK Ravi Shankar have also been sent to the police custody for two days. BK Ravi Shankar was the first accused to be arrested in this case. He used to work in RTO. CCB has arrested 14 people so far. Apart from Ragini and Sanjana, Aditya Alva, son of former Karnataka minister, actor Niaz and Aditya's relative Rahul have also been arrested.

Ragini Dwivedi tried to cheat in a drugs test by adding water to her urine. However, the doctors identified the water in the sample and the actress was later sampled by drinking water. Earlier, Sanjana Galrani had created a ruckus during the dope test on Friday. Sanjana had said – I have nothing to do with my case, I have been made a goat.

Ragini was arrested on 4 September

Ragini's house was raided by the CCB team and taken into custody. Arrested the same day after questioning. They have been in constant custody since then. Sandalwood, the Kannada film industry's connection was first revealed on 21 August.

These 7 vehicles will be launched in India this month, from Royal Enfield Mitior to Mercedes' luxury electric SUV EQC; View list

Names of actress Sara Ali, Rakulpreet revealed in NCB investigation; But the agency said – no hit list of Bollywood celebs

Names of actress Sara Ali, Rakulpreet revealed in NCB investigation; But the agency said - no hit list of Bollywood celebs