Apple may announce 'Apple One' subscription for cloud service *; It will get music, arcade and TV plus all 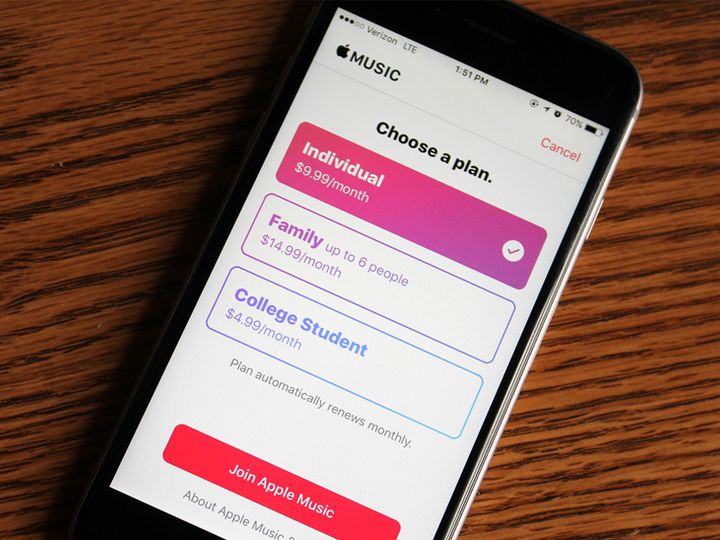 If a user subscribes to Apple One, then his subscription will not overlap with Apple Music

Now news has started coming about Apple's event on September 15. It is believed that the company may announce a bundled subscription for its quad-based service such as Music, Arcade, News Plus and Apple TV Plus service. With all these services, the company generated revenue of $ 46.3 billion (3.40 lakh crore rupees) in the financial year 2019.

It is believed that this bundle service of Apple may be named Apple One. In this one service, the company will provide all types of services. That is, the user will not need to subscribe to any service repeatedly.

Benefit will be given on single recharge
If a user subscribes to Apple One, then his subscription will not overlap with Apple Music. That is, the user will not have to pay separately for Apple Music. However, it is believed that Apple One subscription will be available only on iOS devices. That is, Android users will not be able to take advantage of this single service. Currently, Apple Music is the only service running on Android.

Apple's cheapest bundle for Rs 49
The cheapest subscriptions for Apple's service will be $ 5 (about Rs 370) and $ 9 (about Rs 660) for Apple Music and Apple TV. It is not that the bundle is not already available. The Apple Bundle for TV and Music Plus is priced at $ 5 in the US and Rs 49 in India. However, this discounted subscription is currently for students.

Apple changed store strategy
Apple is offering a 30 percent reduction on all purchased apps routed through its App Store. The company made changes to its strategy following a dispute with Fortnite. In fact, Apple earns 30% of the revenue from this app store by purchasing this game. When the game's developers updated both free and paid versions of Fortnite, after which users started getting direct payment option.

Rakulpreet Singh, who was Ria Chakraborty's gym partner, did her first film for Extra Pocket Money, earned a lot of fame in South but was a flop in Bollywood