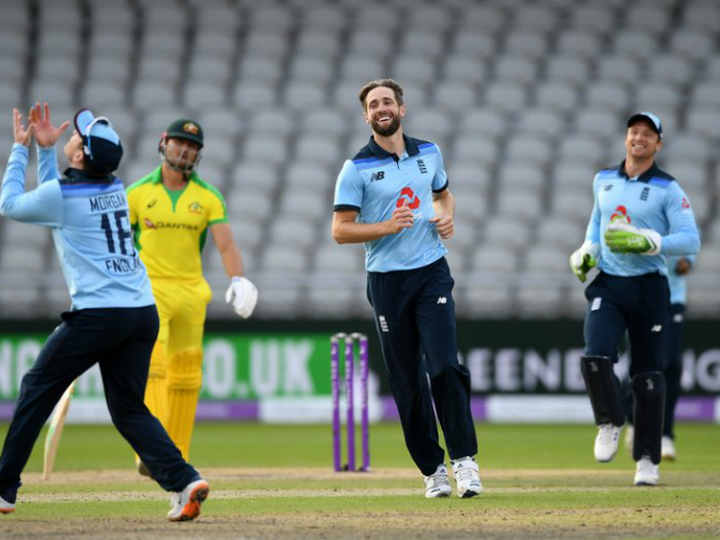 The last and final match of the three ODIs between England and Australia is being played at Manchester's Old Trafford ground. England gave Australia a target of 303 runs. Chasing this, Australia has lost 4 wickets. Right now, Alex Carrie and Marnus Labushane are at the crease. David Warner 24, Aaron Finch 12, Marcus Stoinis 4 runs out. Chris Woakes took 2 wickets for England.

Earlier, the hosts scored 302 runs in 50 overs, winning the toss and batting first. For England, Johnny Bairstow scored 112 runs on 126 balls. He became the fourth batsman to score the highest century in ODIs for England. Joe Root has scored the most 16, Eoin Morgan 13 and Marcus Trescothick has scored 12 centuries.

England started badly and the team lost two wickets on the first 2 balls. Jason Roy and Joe Root were dismissed at the ball of Mitchell Starc without opening the account. After that Eoin Morgan also could not stay at the crease for much longer and he too was dismissed by 23 runs. He was dismissed by Adam Zampa. After this, Jos Buttler was also dismissed for 8 runs. Stark and Adam Zampa took three wickets each for Australia. While Pat Cummins also took a wicket.

Important match for both the team

1-1 on par with current series

There have been 22 series between Australia and England so far, in which Australia has won 12 and England has won 10. At the same time, there were 15 series in England between the two teams. In this, the hosts have won 8 and Australia have won 7 series.

Kangana said- Jayaji, you and your industry did not give any plate, even a plate with a 2-minute roll was found with the hero on gold; Now Big B's home security increased

Now Mini's cars can be purchased from home, company started online shop; Know the complete details of buying a car

Now Mini's cars can be purchased from home, company started online shop; Know the complete details of buying a car