De Villiers said- Virat came out and set an example by leading the team, easy to follow a captain like him 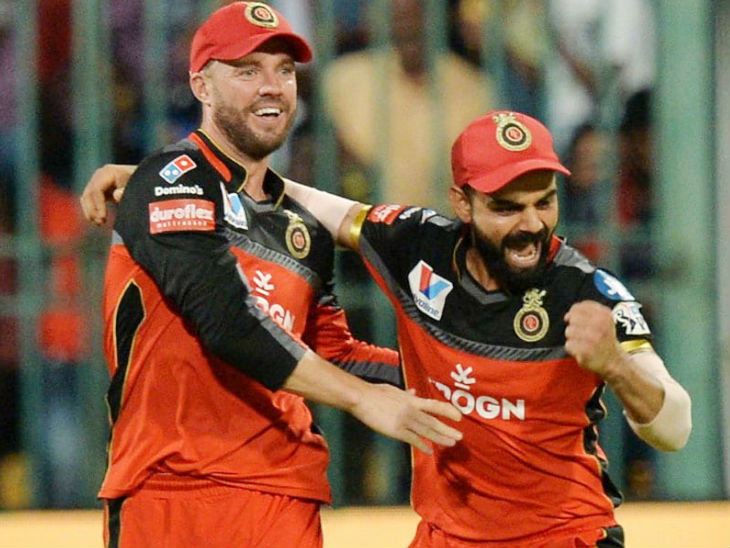 In the Indian Premier League (IPL), senior batsman of the Royal Challengers Bangalore (RCB) team, AB de Villiers is heavily influenced by captain Virat Kohli. He said that RBC is all set for the tournament. The credit goes to Kohli. He has set an example by leading the team. A captain like them is easy to follow.

This time due to Coronavirus, the IPL will be played in the UAE from 19 September to 10 November. De Villiers of South Africa plays from the RCB team, captained by Kohli.

RCB shared video on social media
RCB shared a video on Twitter. In it De Villiers said, "I think everything was cleared about the IPL a month ago. The BCCI has done a fantastic job. We were also very excited to play IPL. I feel better than before. ''

The team worked hard
He said, "We all have worked hard. It seems like all of us have bought this environment of hard work. The entire credit for this preparation goes to Kohli. They lead by example, leading the team. When you have such a captain, it becomes very easy to follow him.

RCB has plenty of options for playing XI
De Villiers said, "This time I feel a bit different. We have enough backup as an option. Virat and the coach can select the best playing XI. We have a lot of options in all areas like batting, bowling and fielding. ''

Kohli is the highest run-scorer in IPL
South African de Villiers has scored 4395 runs in 154 matches of IPL. He averaged 39.95 during this period. At the same time, captain Virat Kohli played 177 matches in the tournament, scoring 5412 runs at an average of 37.85.