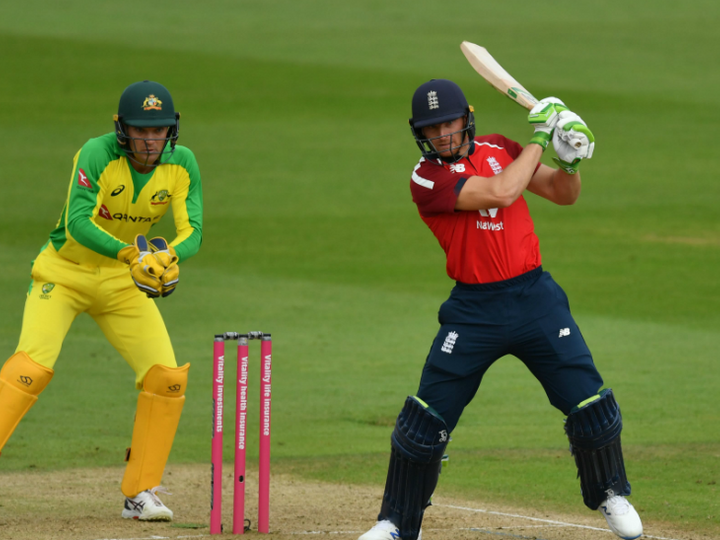 Jose Butler scored a half-century in the Southampton T20. This is his 9th FIFTY in the T20. He scored 77 off 54 balls.

England beat Australia by 6 wickets in the second match of the three T20 series. This is England's third consecutive win over Australia. England also won by 2 runs in the first T20 of the series. Earlier in the match in Birmingham in 2018, they defeated Australia by 28 runs. The last match of the series between the two teams will be in Southampton on 8 September.

England also captured the series with the second T20 win against Australia. This is England's seventh consecutive T20 series within 2 years, in which it has not lost. During this time he won 6 series. The series against Pakistan last month was a 1–1 draw. He defeated Sri Lanka, Pakistan, New Zealand, South Africa and now number-1 team Australia in the T20 rankings.

Butler is the man of the match

For England, opener Jose Butler scored the most 77 runs. This is Butler's fifth fifty in 11 innings, opening in T20. It is also the highest score of his T20 career. He was voted man of the match. David Malan scored 42 runs for England. Ashton Egger took two wickets from Australia's TFF, while Mitchell Starc and Adam Zampa got one wicket each.

Earlier, Australia won the toss and scored 157 for 7 wickets. Captain Aaron Finch scored the most 40 runs for the visiting team. Marcus Stoinis (35), David Warner (0), Alex Carrie (2), Steve Smith (10) were all out. Chris Jordan took the most 2 wickets for England.

Joffra Archer, Adil Rashid and Mark Wood got one wicket each. The two teams did not make any changes in the playing-11 for this match. The England team were fined 20 per cent of the match fees due to slow over rate in the first T20.

Australia won 9 matches out of 17

The first match will be between Mumbai and Chennai for the fourth time in 13 seasons, Mumbai will be the team to play the maximum 7 opening matches