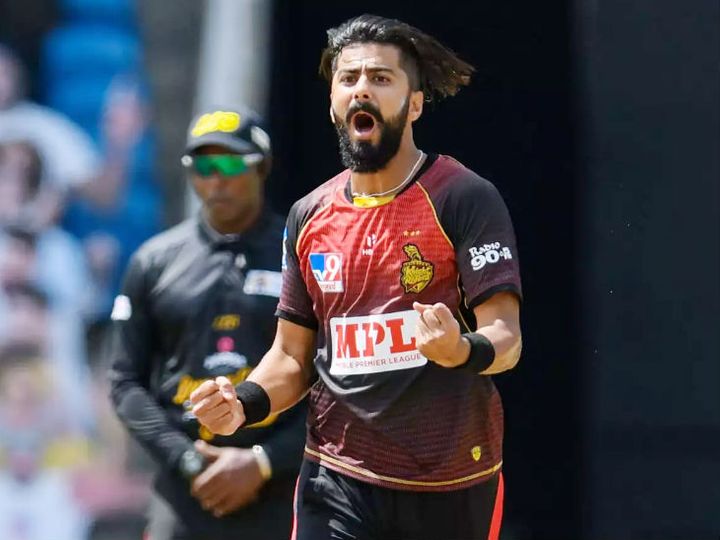 America's fast bowler Ali Khan has taken 8 wickets at an economy rate of 7.43 in 8 matches this season of the Caribbean Premier League (CPL). -File photo

This time, American player Ali Khan (29) has also been entered in the Indian Premier League (IPL). For the first time in the tournament's history, an American player will play. Ali Khan of Pakistani origin has been included in the team in place of England fast bowler Harry Garni.

English bowler Gurney has been ruled out of the IPL due to a shoulder injury. Because of this, he did not even play in England's Vitality Blast last month.

TKR wins CPL 2020 title
Ali Khan was seen playing for the Trimbago Knight Riders (TKR) in the Caribbean Premier League (CPL) 2020. TKR has become the champion this season. The team had won all its 12 matches of the tournament. Both TKR and KKR team are owned by Bollywood actor Shah Rukh Khan.

Ali took 8 wickets in Cpl.
Ali has taken 8 wickets in 8 matches at an economy rate of 7.43 in 8 matches of this season of CPL. They have been playing all the cricket leagues of the world for 3 years. For KKR, he was included as a stand boy in the last season of the IPL. Ali's special thing is that he can put yorkers at a speed of 140.

Apple may announce 'Apple One' subscription for cloud service *; It will get music, arcade and TV plus all