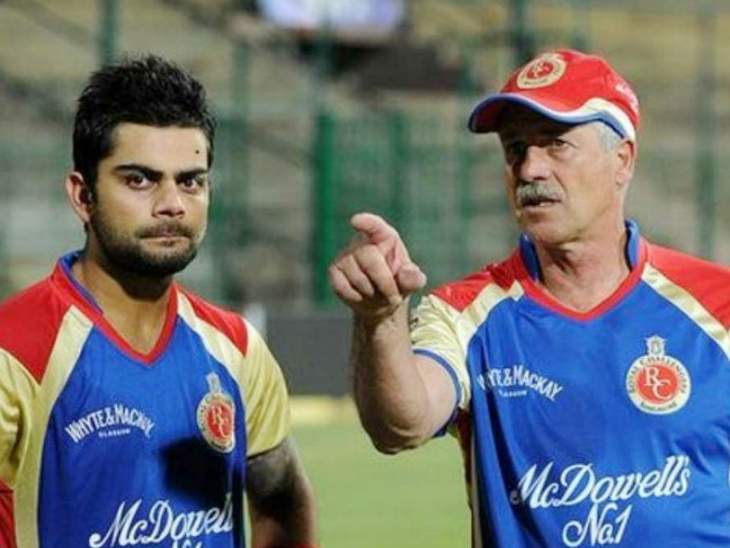 Virat Kohli and Ray Jennings worked together at Royal Challengers Bangalore from 2009 to 2013. The team then played the final on two occasions.

Former Royal Challengers Bangalore (RCB) coach Ray Jennings has accused team captain Virat Kohli of not listening to him and supporting the wrong players. For this reason, the team did not become the IPL champion even once. Whereas under his captaincy, Team India won 60 per cent of matches in Test cricket. Jennings said these things in an interview to a cricket website.

Jennings was the coach of RCB from 2009 to 2014. The team played the final twice in 2009 and 2011 under his coaching. But could not win the title on both occasions. Virat was made the fulltime captain of the team in 2013 itself.

Jennings said that when I was the coach of the team. At that time there were 20-25 players in the team. My responsibility as a coach was to take care of everyone. But Virat had his own separate plan. He was often seen alone in the team, as he supported the wrong players. I wanted some bowlers to bowl under certain circumstances, but this did not happen.

A lot of difference between IPL and international cricket

The former RCB coach further said that the IPL is very different from international cricket. In 6 weeks some players may come in form, while some players may be in poor form. In such a situation, a player who has to play well consistently will have to stay in the team.

When I was the coach of the team, some other players should have got more opportunities in those days. But Kohli's thinking was something else. However, now these things have no meaning. It is good to see that Virat has become very sensible as a captain and now he will start winning the IPL too.

Jennings praised RCB captain Virat and said that he has a fantastic cricketing brain. He said that Virat's team has reached the semi-finals and the final. Hopefully, his team will get more success in this IPL. As captain, Virat has won 49 out of 110 matches for the team.

Kohli retained first and Rohit in second place, Bairstow among top-10 batsmen; Bumrah is the only Indian among the top 10 bowlers