BM City has been quarantined by SPC Patna Vinay Tiwari, the leader of Bihar Police’s SIT, formed for the investigation of Sushant Suicide Case. The DGP of Bihar Police is very angry with this and has called it house arrest to stop the investigation. In Mumbai, Quarantine Vinay Tiwari spoke to Bollydad. He said that along with the cause of Sushant’s death, it is also necessary to know what is ultimately going on, which is being hidden. Read what IPS Vinay Tiwari said…

Question: When you came to know that Sushant had to investigate the case, did he prepare and come to Mumbai?
Answer: Our team had already come to Mumbai and started questioning people. Our team was working on many aspects. He was not getting the support of Mumbai Police in the investigation. In such a situation, I had to come and what happened after that is in front of everyone. We came here with a lot of preparation.

Question: Who were the names in your list of inquiries?
Answer: There were quite a few names. With whom were Sushant staying? Who were they working with. He had a transaction with Kin. People he started work with. We had made a list of many such people, on which our team started working. 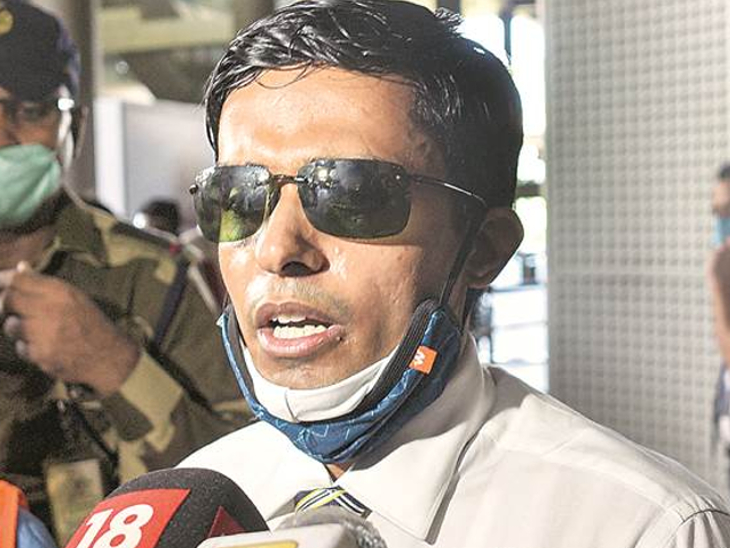 Question: What would you like to say on your quarantine?
Answer: I am not considering myself as quarantine. I am on duty and doing my work. By quarantine illegally, BMC has lost its credibility. He could leave me after getting my corona examined. but that did not happen. The Maharashtra Government’s move has raised doubts about the investigation of Sushant case.

Question: Now the investigation of the case has been given to the CBI, what do you think?
Answer: I believe that things will come out after the CBI investigation, which is being tried to hide. However, our team also uncovered the mystery. However, the Mumbai Police is doing everything possible to prevent us from investigating.

Question: The question is also arising that why is Bihar Police investigating?
Answer: In the Sushant case, Mumbai Police did not do what they should have done. Sushant was a resident of Patna, so his father lodged the report there. Sushant’s father did not get justice from the Mumbai Police. His hopes were falling, so he got an FIR done in Patna.

Question: Are you getting good facilities during Quarantine here?
Answer: Yes, the facilities are getting good. Officers ask about the situation. But, I have not come here to celebrate the holiday. I have come here to do duty, which the Mumbai Police is not allowing. So it does not look good at all.

Question: You also write poems, have you written anything on this quarantine?
Answer: Nothing has been written yet, but I will bring out the resentment about all this through poetry. Soon you will find poetry on this entire episode like my other poems.

'83' rights to sell to Disney plus Hotstar were directed by Kabir Khan, denied – 'Even though one year has to stay but the film will come to theaters'

Riya came in films leaving engineering, after giving 7 consecutive flops in 8 years, she got property worth crores

Riya came in films leaving engineering, after giving 7 consecutive flops in 8 years, she got property worth crores