Kangana Ranot's 'Aparajita Ayodhya' to cover 600-year journey of Ram Mandir, Bhoomi Poojan will also be a part of the film

Kangana Runot’s next film Aparajita Ayodhya will cover the 600-year journey of Ram Mandir. Kangana confirmed this, saying, ‘Ram temple is not just a temple, but an emotion. For me, Ayodhya has a very symbolic significance. This journey of our past 500-600 years has been very exciting for us as a civilization. Whatever I have studied in olden times, our society at that time was sophisticated and one of the greatest in the world. But not only did we lose our wealth due to fast attacks, but we have also lost the blueprint that our Indian greats had left for us. He established a moral and ethnic code for our civilization. I personally feel that it is time for us to meet and move forward with the needs of ‘bread, cloth, house’, and see what we lack as a society and how we can revive it . For me, a temple is not about columns, bricks or just a structure. It symbolizes what our civilization has considered supreme. Rama is not a god, he is a Purushottam. His qualities continue to live. The temple is a symbol of those qualities. He established the Ram Rajya which was largely followed by Mahatma Gandhi and thus he gave us freedom, so his consciousness remained through so many great beings and saved us and continues to influence our lives. 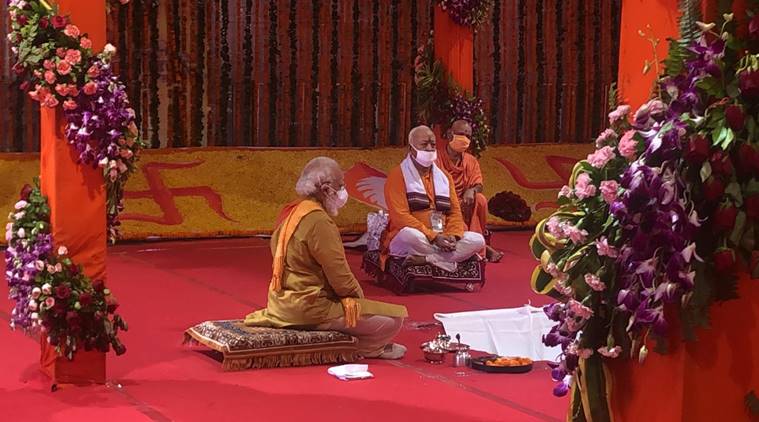 Photos of Bhoomipujan in Ayodhya.

This temple has been a struggle for 600 years even after Babur’s invasion and demolition. After that, 72 battles were fought and even during the First Mutiny, the British used the temple (in the 19th century) when it was divided into Hindus and Muslims. Because Hindus and Muslims were fighting for freedom and it was an attempt to divide them. There are many real Muslim characters in my film, who have fought in favor of the Ram temple. So it is a story of devotion, faith and above all, unity in the country. Ramrajya is beyond a religion and this will be about Aparajita Ayodhya. It is a very difficult screenplay, as it travels in 600 years and Bhoomipujan of Ram Mandir will be a part of my film. Vijayendra Sir has put it together beautifully. This could be the logo launch for us today as it was a perfect day. Nevertheless, we hope that we will be able to visit the floors very soon. I can’t wait for my actors to narrate the film. ”

IPS Vinay Tiwari said - along with the reason for Sushant's death, it is also necessary to know what is being hidden.