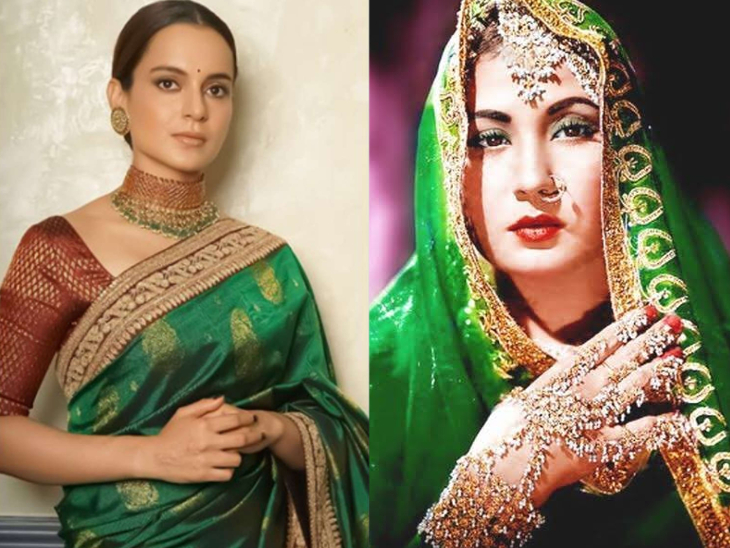 Kangana is smearing the reputation of our family

Meena Kumari's step-son Tajdar Amrohi has objected to these things of Kangana. In an interview to Navbharat Times, Tajdar was furious at Kangana and denied her words, saying, "Our family and Meena Kumari have a goodwill and a stupid girl like Kangana is blaming our credibility."

Kangana took my mother's name in a conversation with a TV channel and said that she was cautious. They have no idea about this. Meena Kumari and my Abbu Kamal Amrohi were both Shia Muslims and there is no halal among Shia Muslims.

– I have clarified this thing many times and now I am repeating this thing again. It makes me sad to hear the same thing about my mother again and again. If Kangana is speaking such things on national television, then she should first do a thorough investigation.

-The trauma that Kangana has given to the family by questioning my mother and father's relationship is unbearable. The truth must be known before giving a negative statement about one's family. Kangana should not say false things and apologize to our family. This will clear the misconceptions of the people.

Where was Kangana illiterate

Tajdar angrily questioned Kangana's education. He said, "Kangana says that she left home at the age of 15, that means she did not complete her studies." He is illiterate, not educated, so I am not taking any legal action against him. Otherwise, I would claim defamation against him. She keeps on coming in the news playing the Woman card. ''

Meena Kumari married director and script writer Kamal Amrohi in 1952. At that time Kamal was already married and father of three children. At the time of marriage, Meena was 19 and Amrohi was 34 years old. Meena Kumari died of liver cirrhosis on 31 March 1972. She was then 38 years old.

IPhone SE is getting 6501 rupees cheaper from Apple's website, offer only 2 days left; Great discount on all variants of the phone