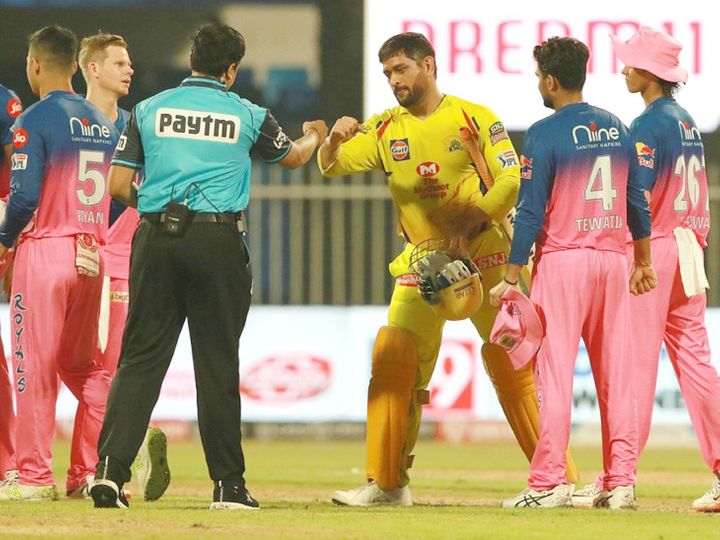 Chennai captain Mahendra Singh Dhoni hit three sixes in the last over, but could not win the team. 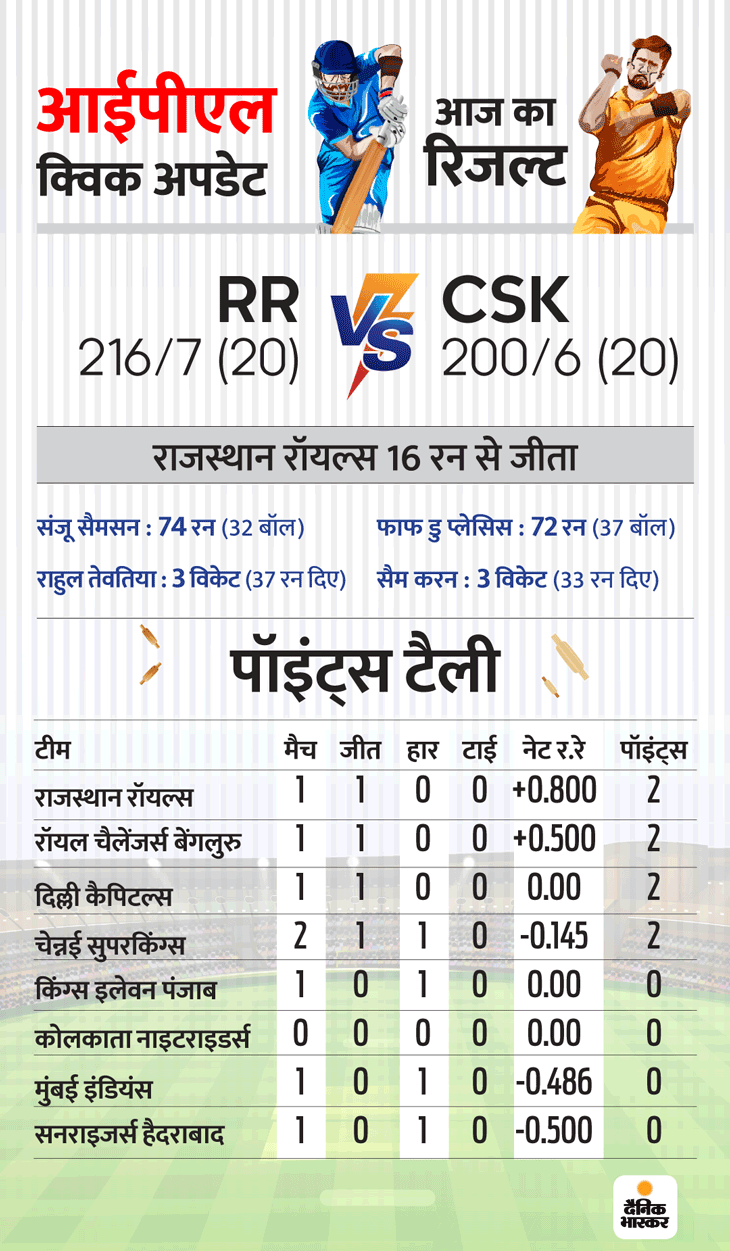 In the fourth match of the 13th season of IPL, Rajasthan Royals (RR) defeated Chennai Super Kings (CSK) by 16 runs. In the match played in Sharjah, UAE, the Royals gave a target of 217 runs. In response, Chennai could only score 200 runs after losing 6 wickets. This is the Royals' second-biggest win against Chennai in the IPL. Earlier, on March 28, 2010, they were defeated by 17 runs in Ahmedabad. Click here to see the scorecard of the match …

Tewatia's 3 wickets are turning point
Chasing the target, Chennai got off to a strong start by Shane Watson (33) and Murali Vijay (21), but the game went haywire in the 7th over. Spinner Rahul Tewatia dismissed Watson in his first over. Then on the last two balls of the second over, Sam Karan (17) and Rituraj Gaikwad overturned the match without opening the account.

The biggest target of IPL in UAE
The Royals had scored 216 runs losing 7 wickets, which is the highest IPL score in the UAE. Earlier on 18 April 2014, Kings XI Punjab scored 206 against Chennai itself. Royals captain Steve Smith hit an innings of 69 runs. Smith placed 9th in the league and Sanju Samson his 11th. Samson also became the 8th player to put a fifty on 19 balls.

Finally, Joffra Archer, who came in to bat at number 9, played a blistering innings of 27 off 8 balls. He scored 30 runs in the last over of the innings and lungi ngidi. Archer hit 4 sixes in it. Thanks to these innings, Royals scored 216 runs losing 7 wickets. Sam Karan took 3 wickets for Chennai, while Deepak Chahar, Engidi and Piyush Chawla got 1-1 wickets. 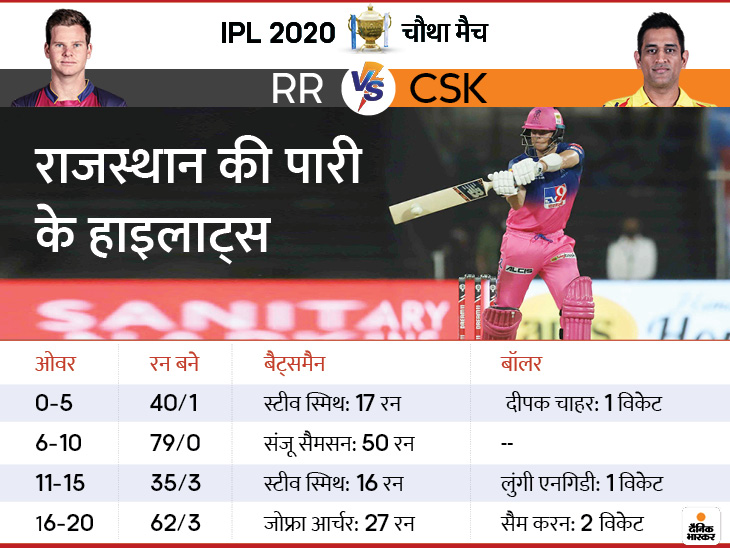 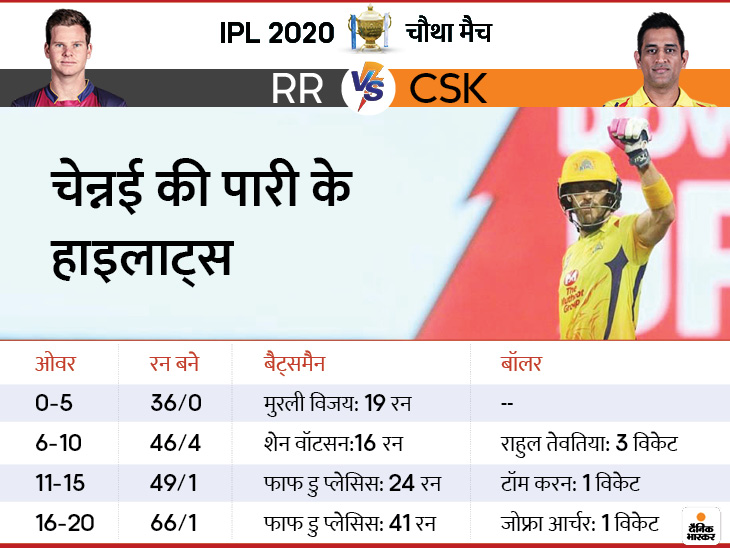 Performance of cheap and expensive players
Captain Dhoni was the most expensive player in CSK with a price of Rs 15 crore. He scored 29 runs off 17 balls while batting at number 7, but could not win the team. Kedar Jadhav was second (Rs 7.80 crore). He could score only 22 runs. Rituraj was the cheapest player in the team with a price of 20 lakh rupees, but he returned to the pavilion without playing an ball and opening an account.

At the same time, Smith was the most expensive player in the Royals team with 12.50 crores and Sanju Samson worth 8 crores. Both of them played match-winning innings. Samson scored 74 and Smith scored 69. Both Shreyas Gopal and Ryan Parag played the cheapest players in the team with a price of Rs 20 lakhs. Gopal took 1 wicket for 38 runs in 4 overs. While Parag could score only 6 runs.

Smith returns after a head injury

At the same time, it was the Royals' first match this season. In this, the team landed with its regular captain Steve Smith. During the same month, Smith was injured during a practice injury to his head. Due to this, he could not play ODI series in England.

Butler and Stokes did not play in the match
Rajasthan Royals key players England's Ben Stokes and Jose Butler did not play in the first match. Butler had moved from the bio-secure environment to the UAE with the family. For this reason they will spend 6 days in Quarantine. At the same time, Stokes' father has brain cancer. For this reason they are in Christchurch to treat them.