Said- Riya accepted her role in providing drugs, the quantity of drugs seized in this case may be small, but the price in the market is 1.85 lakh 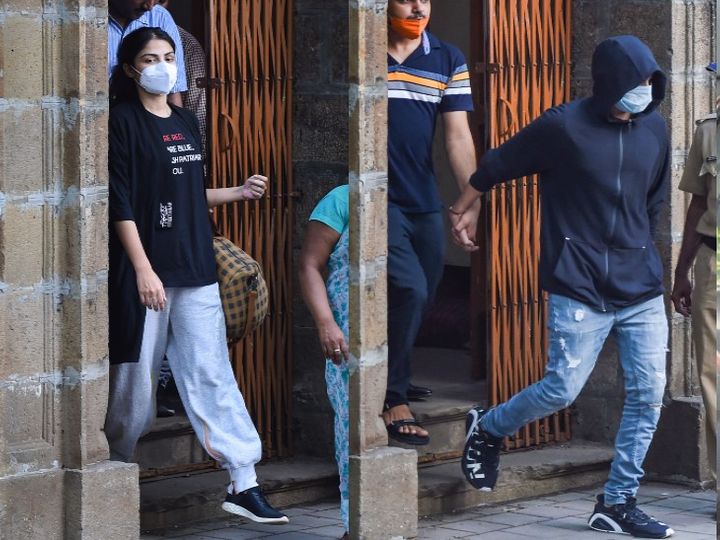 The photo is of Wednesday. Riya was arrested by the NCB on Tuesday. His brother Shovik (in hoodie) had already been arrested.

The Narcotics Control Bureau (NCB) opposed the bail plea of Riya and her brother. The NCB said that it is true that the quantity of drugs seized in this case is small, but still the value of these drugs is 1 lakh 85 thousand 200 rupees.

The NCB also said that Riya has confessed to providing drugs to Sushant during interrogation. However, Riya in her bail plea said that she was pressurized to do so. Riya Chakraborty arrested in drugs case will have to stay in jail tonight also.

The Mumbai Sessions Court reserved the verdict till Friday on the bail application of the actress and her brother Shovik. Meanwhile, Riya's lawyer Satish Manashinde said in court that the Narcotics Control Bureau (NCB) was trapping his client.

NCB's 3 arguments against Riya's bail
1. Protocol was fully taken care of during interrogation of Riya.
2. Electronics are evidences against Riya.
3. Many people arrested in drugs case have confessed to contacting Riya.

Riya was arrested by the NCB on Tuesday. Presented in court the same day. The lower court rejected his bail application and sent him to judicial custody for 14 days. The actress was shifted from the lockup of NCB to Byculla Jail on Wednesday. Riya spent the night in the lockup of Barrack No-1 of the jail. According to sources, the barrack is right next to the barracks of Indrani Mukherjee, arrested in the Sheena Bora murder case.

Riya's first day in Byculla jail was like this

You can also read this news related to Riya…

Riya again went to court: told the court – for 3 days no women, male officers interrogated and forced to become guilty, life is in danger even in jail