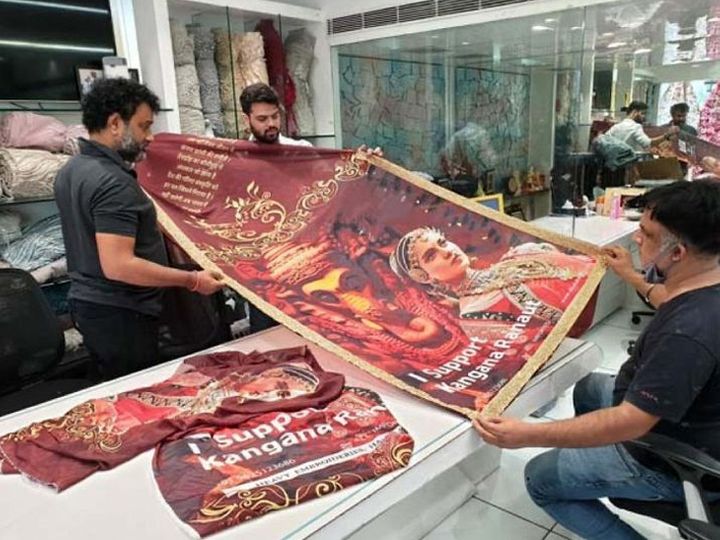 According to the shopkeeper, looking at the number of orders, it seems that a large number of women are supporting Kangana.

Actress Kangana Ranot's dispute with Maharashtra government and Shiv Sena is very much in discussion these days. After which BMC recently vandalized the office of the actress in Mumbai. Now the actress is getting the support of people all over the country, especially the textile traders of Surat are doing this work differently.

Surat is known as the city of clothes. For this reason, the traders of the place have launched a 'Manikarnika' print saree in support of Kangana. In this regard, Dainik Bhaskar had a special conversation with the merchant who made the saree.

This is how the idea of making a saree came

Explaining this, Chhotubhai and Rajat Davar of Alia Fabrics Premium said, 'The way Maharashtra government is fighting against a woman is wrong. His property was vandalized in his absence. He was threatened not to set foot in Mumbai. Which is an injustice, but we are inspired by the courage with which Kangana is fighting the administration. When we thought about how we should express our support for Kangana, how to convey this feeling to the people, we got the idea to make a printed sari and we made this sari. ' 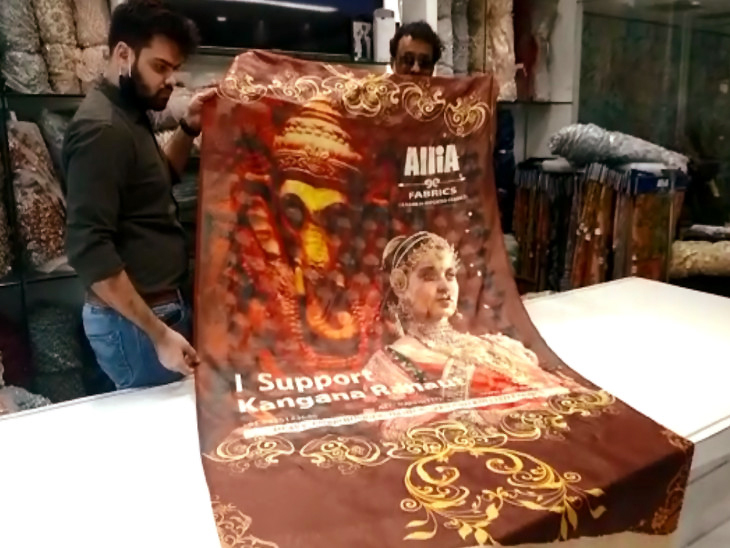 Chhotubhai further said, 'We have made this saree with Kangana Runot print of Manikarnika film. Customers are also appreciating our product. Now that the business is shifting to online in the Corona era, we have started taking orders from customers through social media. Which shows how many women are there to support Kangana Ranot.

Sarees on politicians and actors have been made earlier

Sarees with prints of controversial leading actors in Surat's textile industry have also been made earlier. Apart from this, during the 2014 elections Narendra Modi, apart from the film Bahubali, Congress leader Priyanka Gandhi's saree was also seen in print. Then now Kangana has become Ranot's saree.

NCB officials do not talk – Riya did not take the name of Sara, Rakul and Simone, the list made by drug peddlers is not of Bollywood celebs

NCB officials do not talk - Riya did not take the name of Sara, Rakul and Simone, the list made by drug peddlers is not of Bollywood celebs