Specifications of the leaked iPhone 12 series before launching; 120Hz display will not be available, Pro model is boxy design like iPhone 4 and 5 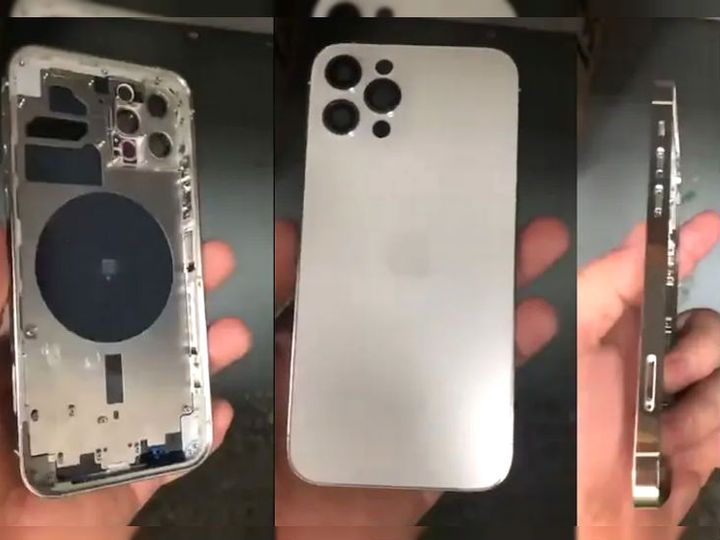 According to the leaked report, the iPhone 12 models are expected to come with wireless charging. A report by ITHome states that this will be the first generation of iPhones that will come with strong magnets.

In the last few weeks, from the specification of the iPhone 12 series to the leaked live video of the phone. Now a new video has been added to the list of leaks, in which the back panel of the iPhone 12 Pro equipped with the new LiDAR sensor is visible. Apart from this, another leak has mentioned that the iPhone 12 series went into mass production this week and it is also said that it will not get a 120Hz refreshed rated display.

Boxy design will be available like iPhone 4/5 – Tipster
Starting with the back panel of the 6.1-inch iPhone 12 Pro, a short clip was shared on social media by a tipster named EverythingApplePro, which showed LiDAR sensor placement, flat sides, smart connectors and various cutouts. Space for the wireless charging coil can also be seen. Its design looks a lot like the iPhone 4 and iPhone 5, with a boxy shape design. The triple camera setup seen in the video is exactly the same as that present in the iPhone 11 Pro and iPhone 11 Pro Max.

LiDAR sensor can also be found in Pro model with top-end
The SIM card tray is moved to the right side of the phone. This leak suggests that Apple has fitted the LiDAR sensor in the Pro model as well, not just the top-end iPhone 12 Pro Max as mentioned in the previous leak. However, another recent leak mentioned that both Pro models will come with this feature.

Apple's cheap watch can be launched in the event
In other news, Apple announced that it would host a 'Time Fly' event on 15 September, where it is expected to introduce a budget Apple Watch, Apple Watch Series 6 and two iPad models.

Nawid Afkari was found guilty of assassination of security guards, many organizations including Donald Trump and the IOC demanded mercy