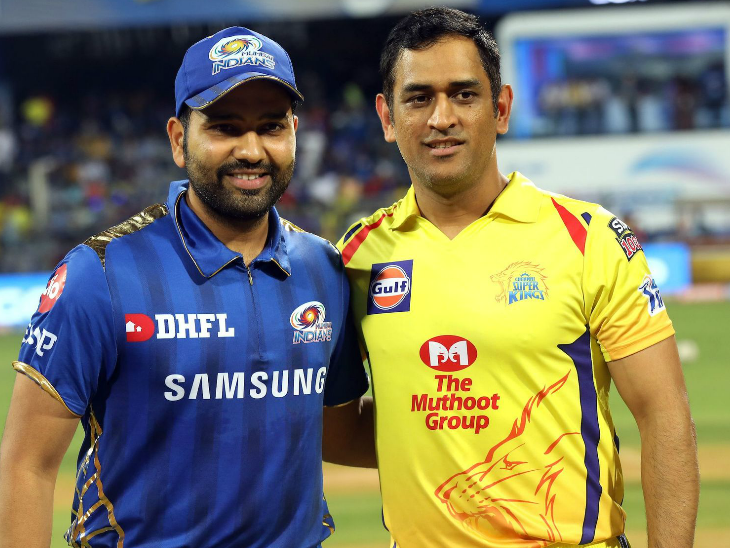 Mumbai Indians captain Rohit Sharma (left) and Mahendra Singh Dhoni. The last time there was an IPL opening match between Mumbai Indians and Chennai Super Kings in 2018, when the Chennai team won by one wicket. -File

The schedule for the 13th season of the IPL due to be held in the UAE due to Coronavirus was released on Sunday. This time, the opening match will be between the defending champions Mumbai and Chennai Super Kings. This is the fourth time in the history of the league that both teams will play opening matches. Mumbai and Chennai have won twice in three matches so far.

Mumbai Indians will be the team to play the opening match of IPL for the maximum number of times. He has played 6 opening matches so far, while Kolkata Knight Riders have also played the first match so many times.

Chennai won the last match between the two teams

The last IPL opening match between the two teams took place in 2018. Then Chennai Super Kings won by one wicket in a thrilling match. In that match, Mumbai Indians batted first and scored 165 runs for 4 wickets in 20 overs. In response, Chennai won the match by scoring 169 runs for 9 wickets with one ball.

Earlier, both teams also played the league's opening match in 2012. Then Mumbai Indians won by 8 wickets. In that match, Chennai Super Kings batted first and were all out for 112 runs. Then Mumbai had achieved the target by losing 2 wickets in 16.5 overs. In the 2009 IPL too, Mumbai Indians defeated Chennai Super Kings by 19 runs in the opening match.

Mumbai Indians and Chennai Superkings are the most successful teams in the history of the league. Out of the 12 tournaments held so far, these two teams have won the title 7 times. Mumbai is the 4th highest, then Chennai has become the champion three times. Mumbai first won the IPL in 2013. After this, the team also became champions in 2015, 2017 and 2019. On the other hand, Chennai, captained by Mahendra Singh Dhoni, won the title twice in 2010 and 2011 in a row. The last time this team became champions in 2018. Chennai team has played IPL playoffs 10 times, while reached the finals 8 times.

CSK has been runner up five times

Sanjay Dutt is returning to shoot for Shamshera, decision taken within a month of news of lung cancer