The Narcotics Control Bureau (NCB) questioned Riya Chakraborty for 6 hours on Sunday. Riya reached the NCB office at 12 noon. She has also been called for questioning at 10.30 am tomorrow, as she arrived late for questioning today.

On the other hand, NCB conducted raids in Mumbai and recovered a consignment of drugs on the basis of interrogation of Kaizan Ibrahim. Kaizan was arrested by the NCB, but was later released on bail. The NCB said that Rs 1.85 lakh, foreign currency has been recovered along with drugs. A person named Anuj has been detained for questioning.

Riya’s lawyer said – to love is a crime, then she will pay the penalty

Riya’s lawyer Satish Manashinde said, “Riya is ready to be arrested.” If loving someone is a crime, then it will pay the consequences of love. He is innocent so he faced Bihar Police, CBI, ED and NCB, but did not knock any court for any anticipatory bail. ”

Deepesh Sawant, who works in Sushant’s house, has been sent to NCB custody till 9 September. During interrogation, NCB came to know that Dipesh was the active member of the syndicate which supplied drugs to high profile people and celebrities. NCB said that on the basis of Deepesh’s statement and digital evidence, this fact has been confirmed.

Deepesh Sawant’s lawyer has said that Deepesh was detained by the NCB from 4 September without giving any notice to the family. He was to be produced in court in 24 hours. We have filed a petition in the court in this matter. 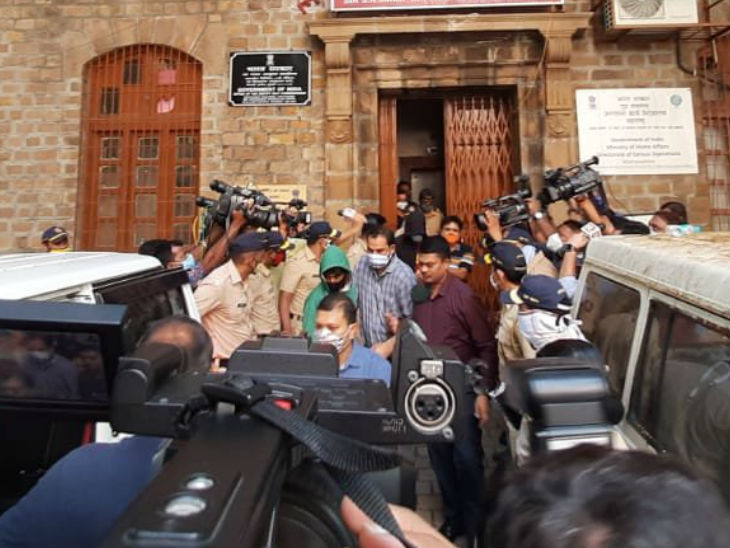 This photo is from the court. Abdul Basit (in green hoodie) and Deepesh Sawant (back in black hoodie) are seen.

Shovik on remand for NCB till 9 September
On the other hand, the court has sent Shovik on NCB remand till 9 September. Sushant’s house manager Samuel Miranda has also been sent on 4-day remand. The NCB sought a 7-day remand, but the court granted only 4 days of remand.

NCB Deputy Director KPS Malhotra said that the remand paper submitted in the court was based on the evidence. Only Bollywood is not our target, whoever comes in the sale and purchase of drugs will act on it.